We initially had Golden Retrievers and Great Danes but for the past 20 years have mainly had English Setters. We have made up numerous Irish and International show champions and have also achieved a 2 GB Champion. We are occasional breeders but have seen Bushbane puppies exported to Europe and all over the U.K. and Ireland. We have recently built an additional Kennel Block with covered exercise areas that is now open.

We are dedicated to the welfare and happiness of all our animals and will treat yours as our own. We are situated on the outskirts of Ballycastle on the B15 coastal route to the Giants Causeway with panoramic views of Rathlin Island and Scotland in the distance.

We do not have any reviews about Bushbane Kennels Cattery & Grooming available right now.

This business has no reviews yet. 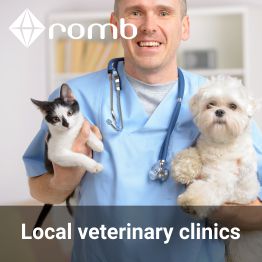